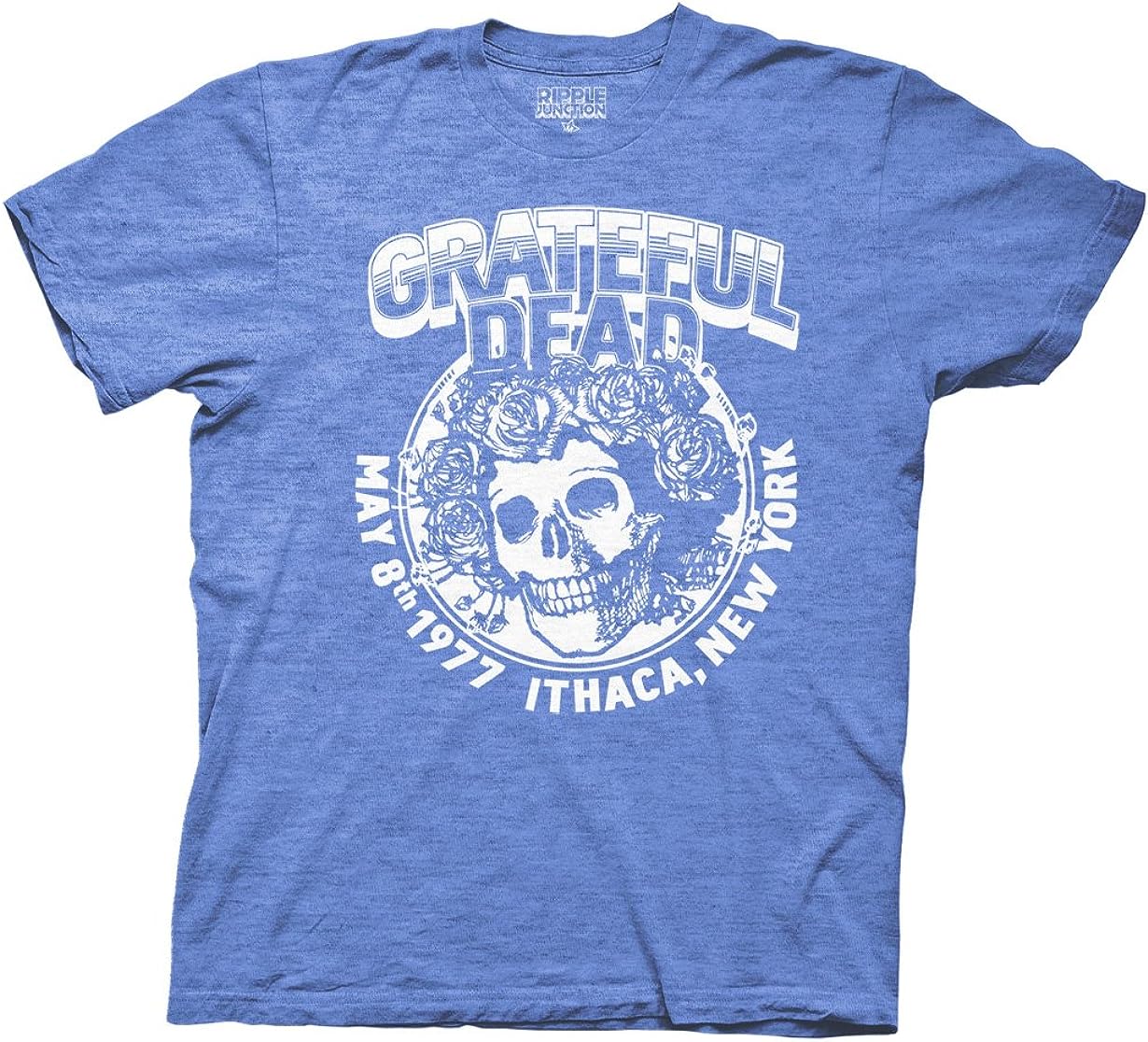 The Godfathers of the jam band world, Grateful Dead spread their one of kind musical style to millions of people around the globe over their 30-year career. The legendary band formed in 1965 in Palo Alto, California amid the rise of the counterculture of the 1960’s. Jerry Garcia on lead guitar/vocals, Bob Weir on rhythm guitar/vocals, Ron "Pigpen" McKernan on keyboards/harmonica/vocals, Phil Lesh on bass/vocals, and Bill Kreutzmann on the drums were the founders of Grateful Dead, later joined by drummer Mickey Hart. McKernan died in 1973 due to health issues, but the rest of the core played together for the entire history of the band. Influenced by rock, country, folk, bluegrass, and blues, their psychedelic musical style did not fit an established genre. Grateful Dead first performed in 1965 at one of Ken Kesey’s Acid Tests in San Jose, California. Their first major performance followed in 1967 at the Mantra-Rock Dance, a musical event at the Avalon Ballroom that included acts Big Brother and the Holding Company and Janis Joplin. Grateful Dead has sold 35 million albums worldwide, but it was always about the live performance. They constantly toured and their live improvisations differentiated them from other bands, who would rehearse specific setlists. Garcia stated in a 1966 interview: "We don't make up our sets beforehand. We'd rather work off the tops of our heads than off a piece of paper.” This created a unique experience every time they took the stage, for them and the audience. A world record, Grateful Dead played over 2,300 concerts and more free concerts than any other band in history. Initially, their live shows were primary in the San Francisco Bay Area, but they inevitably reached the rest of America as well as Canada, Europe, and even the Great Pyramid of Giza in Egypt. They promoted a sense of community among their fans, and many would follow the band from venue to venue, spawning the birth of Deadheads. They were one of the first bands to allow fans to record their shows and trade them freely amongst each other. Impromptu communal marketplaces, known as Shakedown Street, were created by Deadheads at concert venues, allowing fans to buy and sell anything from food to home-made T-shirts while following the band. On August 9th, 1995, Jerry Garcia died from a heart attack after struggles with several health issues. The remaining members decided to disband, but there have been numerous reunions. Weir, Lesh, Kreutzmann, and Hart reunited in 2015 for five concerts called "Fare Thee Well: Celebrating 50 Years of the Grateful Dead.” Trey Anastasio of Phish joined them and the shows sold out stadiums in Chicago and Santa Clara. Weir, Hart, and Kreutzmann have teamed up John Mayer to keep the spirit alive today as Dead & Company. Grateful Dead was inducted to Rock and Roll Hall of Fame in 1994. Maybe the best way to sum up their legacy is to use a quote from Hart: “The transformative power of the Grateful Dead is really the essence of it; it's what it can do to your consciousness. We're more into transportation than we are into music, per se, I mean, the business of the Grateful Dead is transportation.” Lately, it occurs to me; What a long, strange trip it's been…

Woodstock is one of the most pivotal moments in rock and roll history. Attracting more than 400,000 music lovers, people from all over flooded to Bethel, New York in the summer of 1969 to celebrate peace and music over the 3-day party. The festival became a muddy mess with inadequate food, facilities and sanitation. Despite this, 32 acts performed including Jefferson Airplane, Jimi Hendrix, and Grateful Dead. The rain-soaked stage caused major problems for the band, as Grateful Dead members were being electrocuted by their instruments. Known as one of the best live bands of all time, this performance fell well short of expectations. Weir: “Some people made their careers at Woodstock, but we’ve spent about 20 years making up for it [laughs]. It was probably the worst set we’ve ever performed.”

Originally called Trans Continental Pop Festival, the Festival Express left the station in the summer of 1970. The Canadian tour was headlined by Janis Joplin, The Band, and Grateful Dead playing in Toronto, Winnipeg, and Calgary. Instead of flying to each tour stop, the bands traveled by train leading to non-stop jam sessions and partying. They were met with protesters when arriving in Toronto due to high ticket prices, seen as promoter greed. Jerry Garcia quelled the crowd by arranging a free concert in nearby Coronation Park upon a flatbed truck. The tour was a financial failure, but it featured great performances. The tour was immortalized in the documentary Festival Express that premiered at the 2003 Toronto International Film Festival.

While there will always be debate, the performance at Cornell University’s Barton Hall in Ithaca, New York on May 8th, 1977 is widely considered one of Grateful Dead’s best shows. The setlist is legendary, including standouts Scarlet Begonias -> Fire on the Mountain, where Phil Lesh’s bass melted faces during the opening riff and St. Stephen-> Not Fade Away -> St. Stephen. Only to be followed by a 14-minute version of Morning Dew, in which Garcia masterfully executed. One of the reasons this performance became so revered was the great sound quality of the tapes, recorded by Betty Cantor-Jackson. Original “Betty Boards” finally surfaced after a storage unit auction which included the famous Cornell recording. At last, Cornell 5/8/77 the live album was officially released on the show’s 40-year anniversary.

In the shadow of the Sphinx and Great Pyramid, Grateful Dead performed three shows in Giza, Egypt in September of 1978. Bassist Phil Lesh took the lead in planning the event along with band manager Richard Loren. Lesh wanted to play at a place of power: “Power that's been preserved from the ancient world.” There was some trouble staging the show, from an equipment truck getting stuck in sand and having to be towed out by camels to recording issues during the first show, but the wonder of the event offset any negative vibes. During the final show, a total lunar eclipse took place, really encapsulating the whole experience. In 2008, the band released Rocking the Cradle: Egypt 1978, a live album composed of songs from nights two and three for the 30th anniversary of the event.

Fire on the Mountain

Fire on the Mountain was composed by drummer Mickey Hart. An instrumental version titled Happiness is Drumming appeared in 1976 on the album Diga by Hart’s other band, Diga Rhythm Band. With lyrics written by Robert Hunter added, the song evolved into Fire on the Mountain. The song’s catchy rhythm was a perfect complement to Jerry Garcia’s playful guitar style. It was released on Grateful Dead’s Shakedown Street in November of 1978, even though the band was performing it live the year prior. It is often improvised and coupled with Scarlet Begonias during live shows, the pair being referred to as Scarlet Fire. The eternal partnership was immortalized by the 25-minute version performed at the famous Cornell University show on May 8th, 1977.

“Ripple in still water; When there is no pebble tossed; Nor wind to blow.” Another successful collaboration between Robert Hunter and Jerry Garcia, Ripple was released on American Beauty in 1970. Garcia enlisted David Grisman to play mandolin on the track and Friend of the Devil from the same album. Fans have noted connections between the lyrics of Ripple and various religions and philosophies. Some lines are compared to Psalm 23 from the Bible, while the refrain has a Zen Kōan feel to it. Even the chorus is written in a haiku-esk format. No matter the interpretation, it always has a profound effect on the listener. Maybe so profound that two fans even start their own T-shirt company and pay tribute to inspirational track with the company name.

Dark Star started as an unassuming single released in 1968 that failed to sell 500 copies but became one of Grateful Dead’s most revered and mythical songs. The single was under 3 minutes long, much different than their live performances that could see Dark Star played for 20 to 30 minutes. Dark Star is the opening track on Live/Dead, the band’s first live album and is regarded as the very definition of the band’s early improvisational music with its blending of psychedelia, jazz, and jam elements. After 1973, the track fell out of regular rotation at their concerts. Catching a show that had a Dark Star performance became the “Holy Grail” for Deadheads. It is one of The Rock and Roll Hall of Fame’s 500 Songs that Shaped Rock and Roll as well as No. 57 on Rolling Stone’s 100 Greatest Guitar Songs of All Time.

The opening track of Workingman’s Dead, Uncle John’s Band is a bluegrass-folk arrangement with acoustic guitar and close harmony vocalization. Grateful Dead added the song to setlists in late 1969 and released it as a single prior to Workingman’s Dead. While the single did not garner huge success, it was the band’s first chart hit and attempt to reach mainstream audiences beyond their cult following. Though already an underground legend for their live shows, this was the first time many had heard the band. The identity of “Uncle John” has spawned many theories, from blues musician Mississippi John Hurt to John Cohen from the New Lost City Ramblers. Regardless of the inspiration, Uncles John’s Band is one of their most well-known songs and included on the Rock and Roll Hall of Fame's 500 Songs that Shaped Rock and Roll. 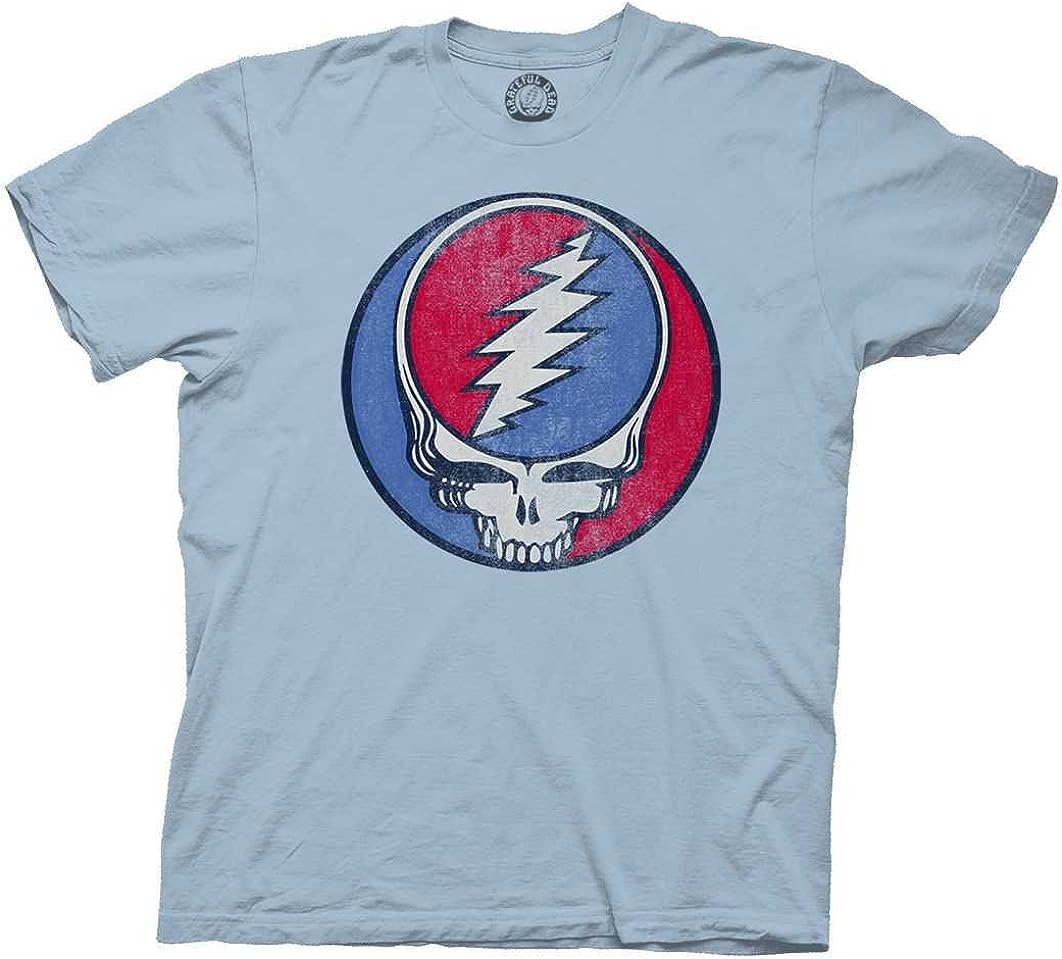 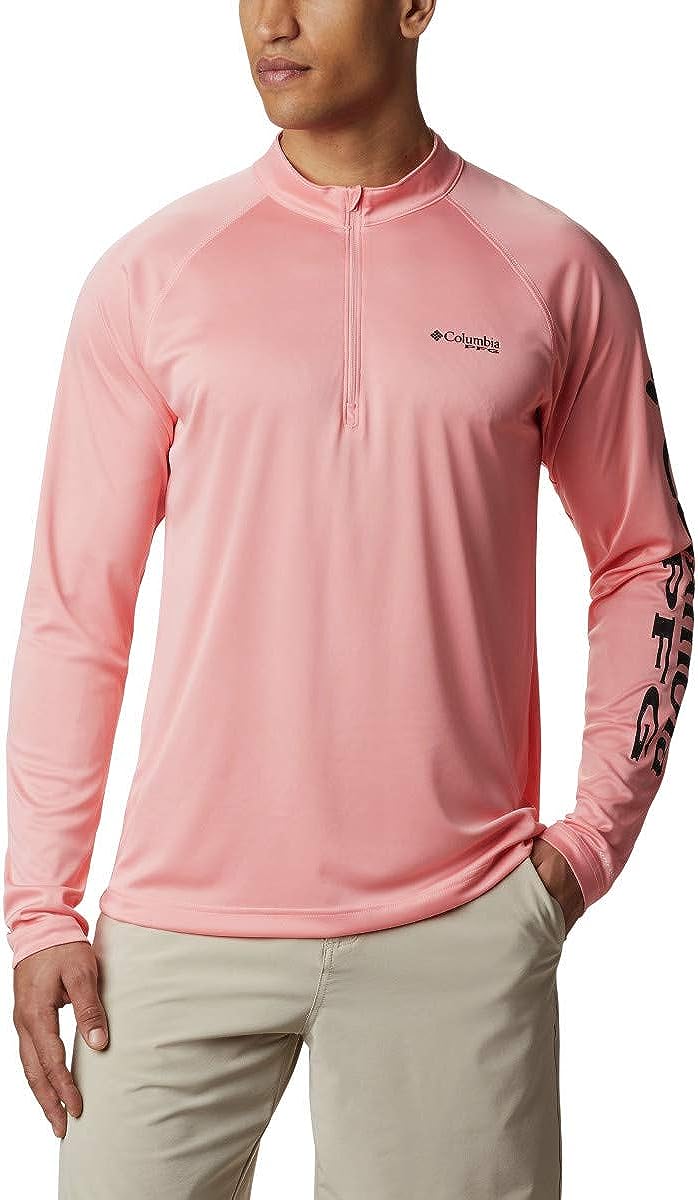 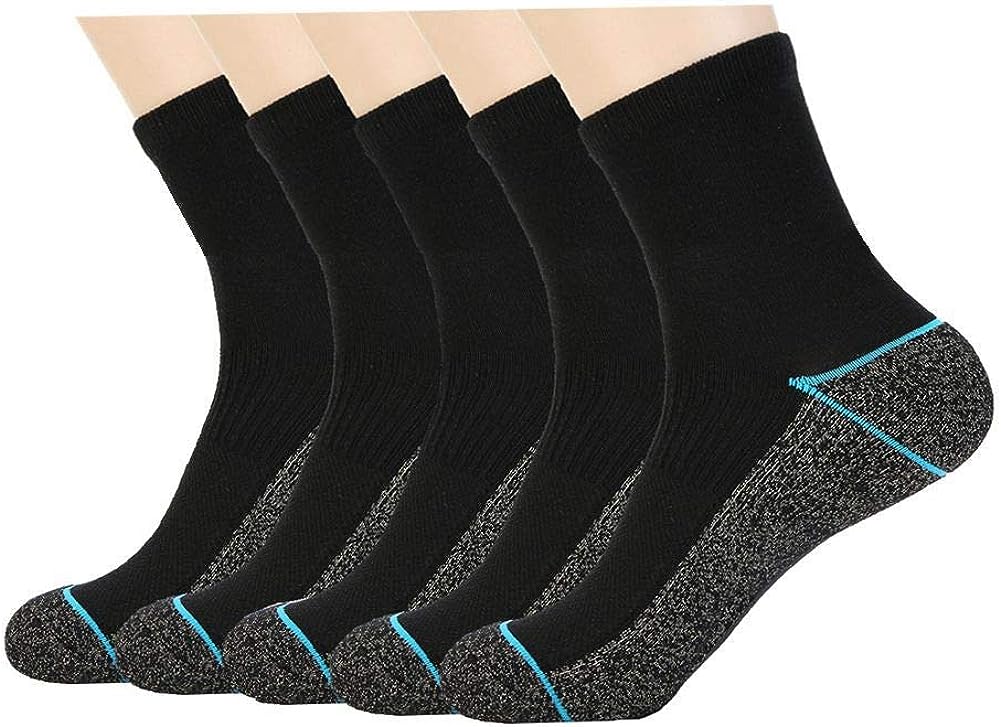 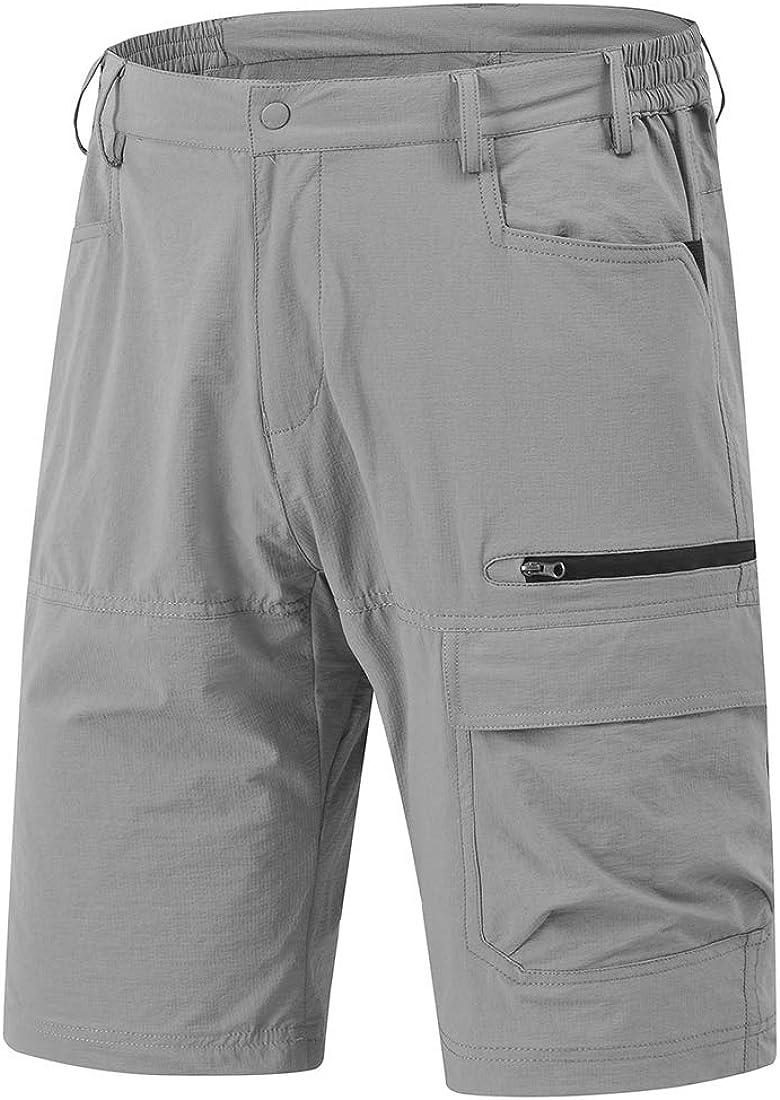 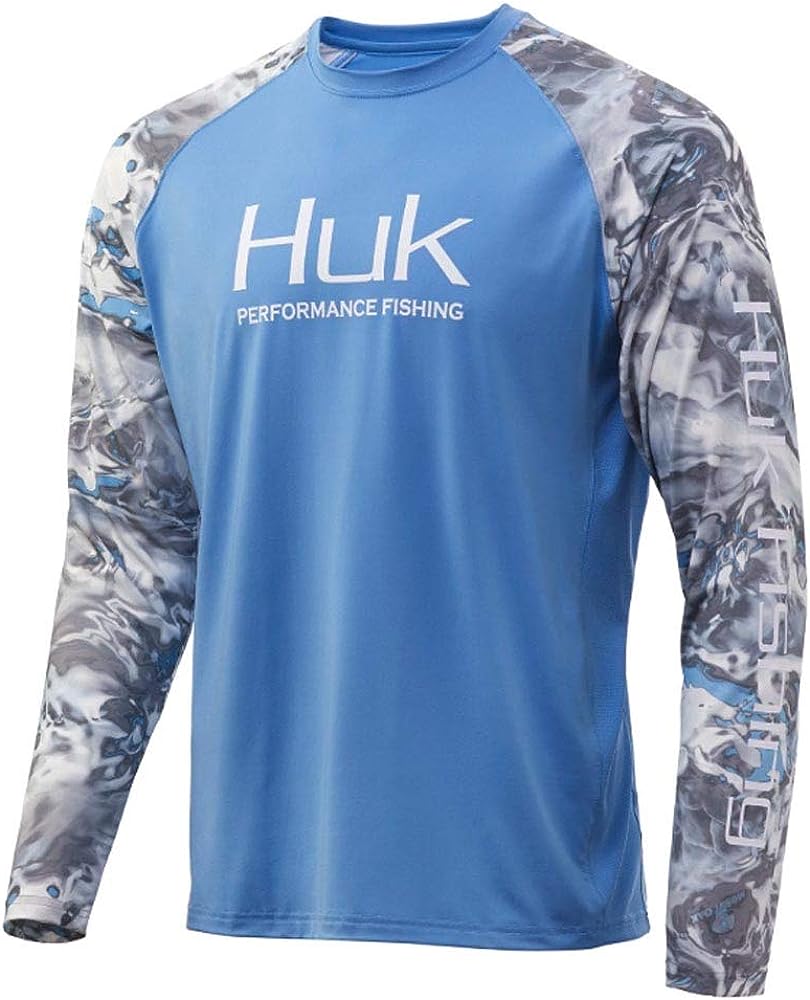